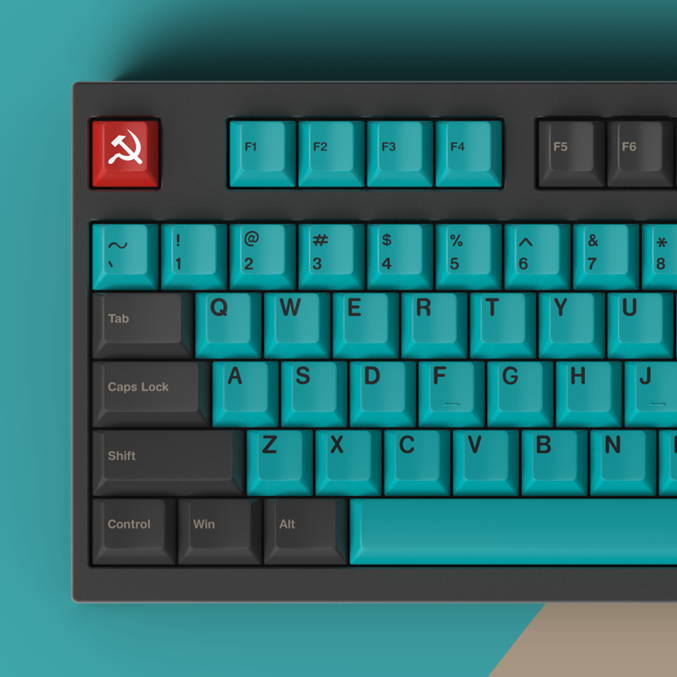 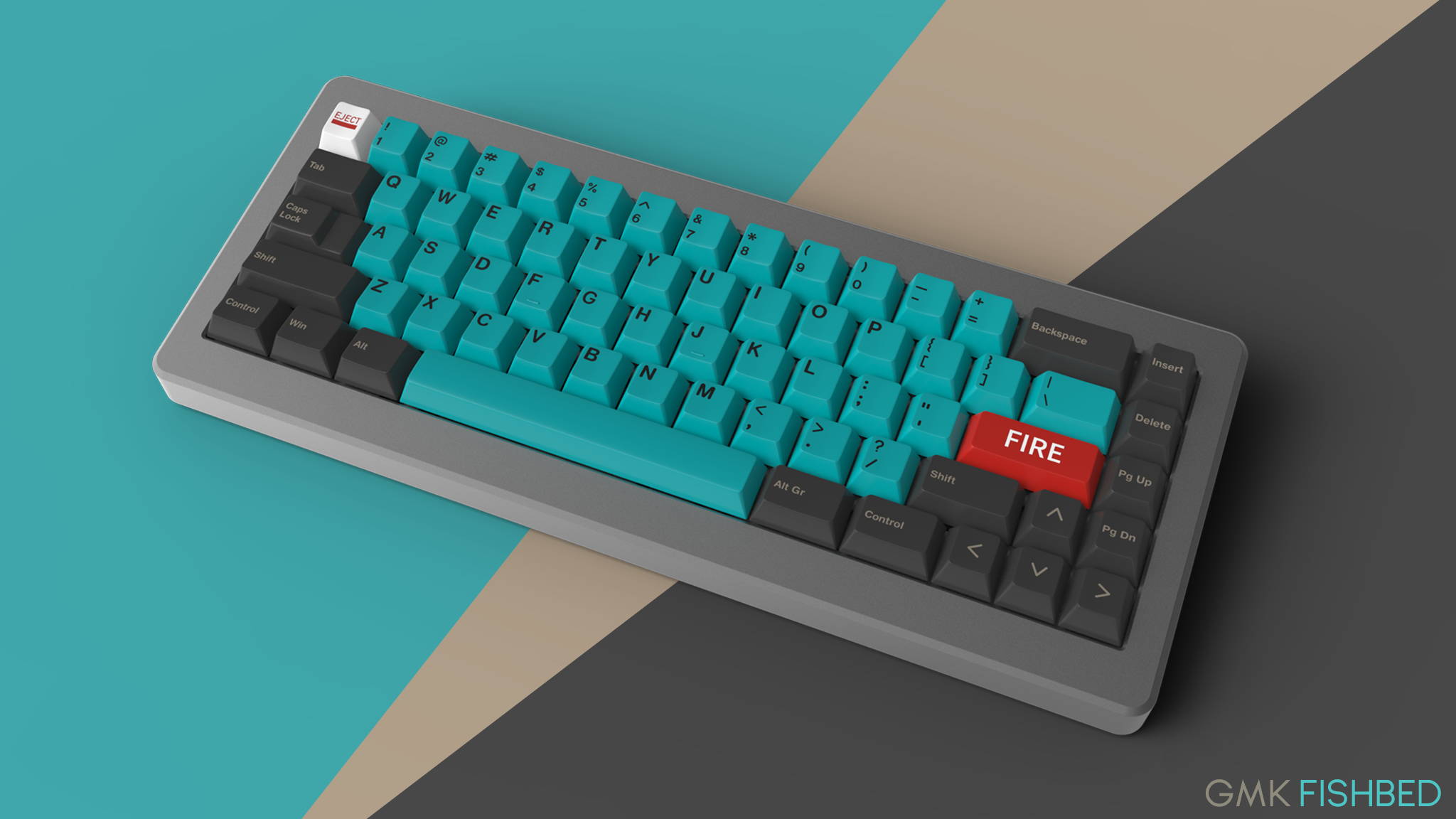 This keycap set is based on the cockpit of the Mikoyan-Gurevich MiG-21 fighter jet. The MIG-21 has been in service since 1956 and has served in over 60 countries. The jet currently holds the record of being the most produced super-sonic jet-fighter in aviation history. “Fishbed” is the NATO reporting name of the jet, it is also known as “pencil” or “balalaika” thanks to the unique shape of its fuselage. The cockpit is unique due to its layout and its green turquoise color, the color has been used throughout all the generations and was selected by USSR as it is supposed to relax your eyes and keep them from getting tired. It was also believed that the color reduced stress in combat situations and is excellent at highlighting locations of dials.

The set was designed over 3 months with the Geekhack community and has around 25,000 views. The set was developed to keep the costs low but to also fit the largest selection of keyboards. The Red-Pack is essential and we highly recommend it to anyone that wants to complete the set. The orange, green and red warning lights are used to mimic the warning lights in a MIG-21 cockpit, and the other red novelties are there to add a stronger contrast and feel for the crucial buttons in a cockpit. The legends were based on faded dye printing that the dials used in the cockpits.